Promoly is an easy-to-use, affordable, and effective tool for promoting your music, podcast, and audio content. Minder informatie

Creative Businesses that produce podcasts, audio and music and need to get more exposure for them. 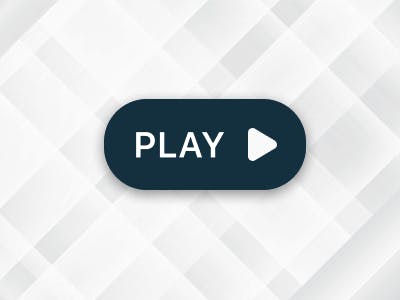 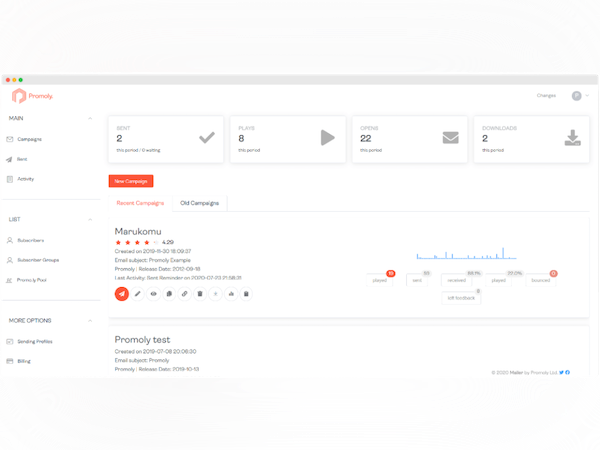 Opmerkingen: I've been with them for years and never had any major issues. When I have had issues, I've just emailed them on their support and they fixed the issue immediately.

Absolutely love the ease of use, it's easy and simple to setup.

Some extra options to customise the emails would be nice

Hey Tom, thanks for the review! I wanted to let you know all audio upload bugs are fixed. Sorry for the stress caused! Also, we're building some better filtering, which will make it easier for you to remove people from email lists.

Opmerkingen: As the owner of a new label, I was looking for a quick, easy way to promote my artists' releases.
Boom, Promoly to the rescue! Just perfect for any label looking to simplify their promotions!

Though I only used the trial period, I am eager to subscribe! Efficient, easy-to-use, and a vast DJ Pool to submit music to! The overall design is what to expect with some fantastic aesthetics, especially when looking at feedback and reviews. Delivers promptly, and reports extensively! It is definitely worth the investment! Well done Promoly!

Can't really fault this as I only used the trial period! Look forward to seeing what the full subscription has to offer!

An Okay Alternative to Label Engine (But, with time, will be just as good)

Opmerkingen: Overall, I had a very positive but often frustrating time with Promo.ly (both as a software and the team who run it). I think it offers a great alternative to Label Engine in terms of its cost and user interface, but it certainly has a long way to go before I would recognise it as a serious competitor to LE. The team I spoke to for support were incredibly helpful and very responsive. At the time of using Promo.ly, there were a number of problems I encountered which, with the help and speedy replies of the team, were either resolved soon after the initial conversations or were on the list of things to update. It seems the team behind Promo.ly are really passionate about their product and offer a much more personal touch than, say, Label Engine. As much as my feedback may be perceived as negative, I would certainly recommend it to a friend or colleague. I can see a lot of potential for it in the future.

The cost was definitely something I liked. It's a good software with a good price point. Each update seemed to make the cost more impressive, but, alas, updates and few and far between. The software's interface, although often buggy, was easy to use and allowed for a somewhat visually appealing product.

The software, for what the service is (a promotions software), is very buggy. When I joined Promo.ly, the internal clock of the software was wrong and often lead to my promo's being sent out at the wrong time. Uploading tracks to the software regularly resulted in the software crashing. More generally, I feel like the accessibility of the interface was overshadowed by the buggy software. Even at the relatively low price point that Promo.ly is offering, the problems I encountered at the time of using Promo.ly sometimes made it not worth it.

Opmerkingen: Amazing support, fantastic softwaree, would definitely recommend to other similar businesses if they weren't already using it.

All the features on promo.ly are easy to use and their customer service has been on point whenever we've needed to contact them. This website is such a useful tool for our business, allowing us to interact with a select audience of artists that we choose to send our pre-release music too. Really can't fault this fantastic service.

Nothing I can really mention, there used to be a few issues with dates etc but those got fixed in a recent update a couple of months ago, since then we've had no issues.

Thanks, Harrison! We listen to our customers and adapt where needed :)