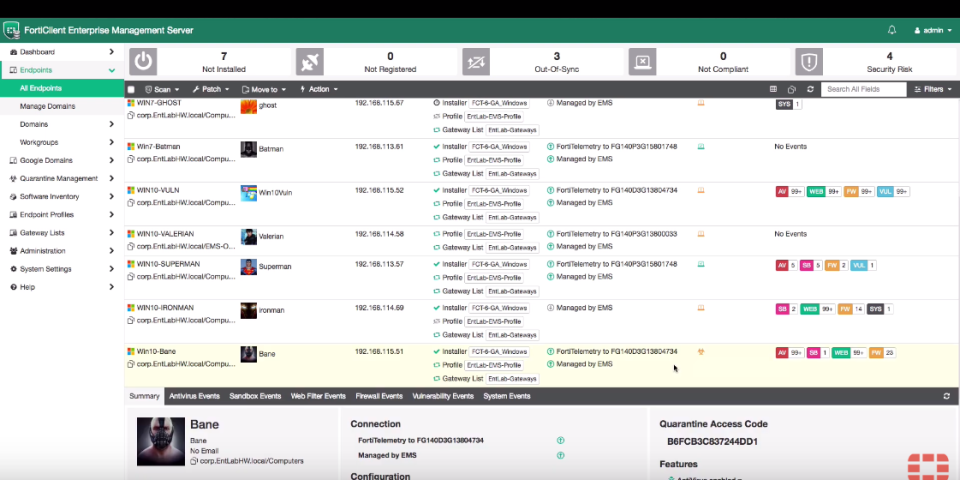 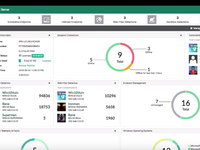 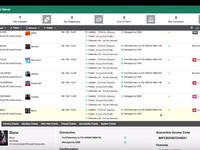 Opmerkingen: FortiClient is a quick and nearly effortless way to add VPN access to your FortiNet firewall.

Pluspunten: I'm a relative beginner when it comes to setting up IT network infrastructure. It's not something I've had any training in, other than watching YouTube videos and reading instructional walk-throughs. With that said, we bought two FortiWalls for some small family owned businesses, and utilizing FortiClient for third-party access to systems, as well as remote access from home, setup was a breeze. Within a few clicks you can setup relatively robust VPN connections, linking 2 or more stores together, plus adding remote access from home or on the road. I believe you can also use FortiClient to establish VPN connections to non-Fortinet firewalls, but I have not tested that.

Minpunten: I've only run across this issue once, on one client computer, and I'm not sure exactly what was the cause, but after installing FortiClient on a laptop, all internet functions ceased to work. The only way to regain use of the networking hardware, was to uninstall the virtual networking hardware components installed with FortiClient. I have not seen this happen anywhere else, and that laptop had several other virtual networking devices and VPN softwares installed, so I'm assuming there was some conflict or another.

Opmerkingen: I use it to access a customer's network and I need to thrust it. And I do. It helps me doing my job and I'm not worried about my data or my customer's network being sniffed, the service seems to be reliable. I connect once a day and the connection lasts all the time. It doesn't route all my traffic to the destination VPN server, instead, only the resources being accessed in their network are transfered by FortiClient.

Pluspunten: FortiClient is easy to set up and get running on Windows 10. All you need to know is the IP or DNS from the VPN Server, a username and password. You can set up and connect very quickly and, according to you connection's reliability, it never goes down. It's fast (not much overheaded) and don't impact on computer's performance even on system's start-up.

Minpunten: I don't know exactly what kind of mechanism it uses to tunnel the network packages but its some technology that are causing troubles on Windows 7 systems. I was using FortiClient in a Windows 7 virtual machine some months ago and it suddenly stopped working now, I guess it was some update that caused it. I have spent many hours trying to get it working with no success. On my Windows 10 Host machine it works, so I'm using on it now as a workaround.

Opmerkingen: Overall, I am very happy with my usage of Forticlient. It does exactly what I need our endpoint solution to do, without weighing my users' computers down. As an added bonus, the included VPN works perfectly with my Fortigate firewalls.

Pluspunten: I like that it keeps nefarious actors and services off of my computers, and administers system updates to them as well. This works consistently, and rarely needs any intervention.

Minpunten: Adding new computers is a little cumbersome, as they must first be added to the correct domain OU, then the domain must be refreshed in the Forticlient admin centre.

Opmerkingen: We've been using forticlient as our endpoint security in our office, it's been working just great. It detects infected files and quarantines them , their antivirus database is very up to date and get updated to your workstation automatically. This is a great security application and it works even better if you link it to the fortinet fortigate firewall. Some of our users use the VPN functionality to access certain devices on the network securely when they're outside of the office.

Pluspunten: It's free. You get the free features like antivirus, website filter, spam blocker etc. You can unlock its full features if you link it to your fortinet fortigate firewall. You also have the option to establish a VPN from the endpoint to your network through the fortigate firewall.

Minpunten: No automatic application updates, you need to download and install a the application when a new version is released. The AV database does get updated automatically so no issues there.

Opmerkingen: It enables me to work on sensitive servers and connections from practically anywhere, that is good enough to use it in this market beyond all its shortcomings.

Pluspunten: It allows me to connect to my company's VPN securely - that in itself is an awesome thing. It has a client for Ubuntu which most vendors ignore, also good. but that's about it .

Minpunten: I'm referring specifically to the Ubuntu client, I don't know much about others - it has a lot to improve. It doesn't save my settings permanently - what I mean that every few days it gets corrupted somehow - don't know how - and I have to re-input the host, port and username. And it does have a profiles screen, so it was built to save this, but like I said every few days that list gets deleted...